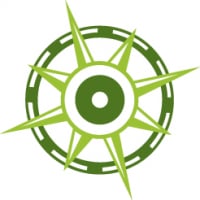 Water levels have decreased in many areas of Central Europe that were subjected to recent flooding. However, the Altenwörth lock on the Danube River between Krems and Vienna remains closed due to damage sustained during the flooding. Earlier estimates from local authorities that the lock would reopen to traffic this week have proven to be inaccurate, and authorities currently estimate that the lock will now reopen on June 28th.

• As you would expect, on-hold times for incoming calls are currently longer than normal, due to a higher volume of incoming calls and to the number of outgoing calls being made to guests traveling on impacted departures.
• To obtain the latest information in the most efficient manner possible, and to avoid experiencing frustration with extended on-hold times, we kindly suggest that you monitor this page for the most current updates.
• If you are scheduled to travel with Tauck and there is a need to alter or cancel your journey, you will be notified by Tauck’s Guest Relations Team via a personal call as soon as we are aware of changes.
• Unless otherwise notified, guests scheduled on June departures in Central Europe should assume that their journeys will be departing.

NEW Blue Danube: Family Riverboat Adventure – June 22: The ongoing closure of the Altenwörth lock will prevent the ms Swiss Sapphire from arriving in Budapest for guest embarkation on June 22nd as planned. Guests will instead spend the night of June 22nd at the Budapest Marriott International hotel, and the two subsequent nights at the Ritz-Carlton hotel in Vienna. Sightseeing for Days 1-3 will be accomplished via motorcoach, and only minimal impacts are anticipated. Guests will board the ms Swiss Sapphire on Day 4 and the remainder of the itinerary is expected to proceed normally.

NEW Amsterdam to Budapest – June 19: It remains unclear whether the ongoing closure of the Altenwörth lock will impact this departure. The riverboat sailing on this departure, the ms Swiss Jewel, is scheduled to pass through the area on June 29, the day after the estimated reopening of the lock. If the lock reopens, and if traffic through the lock allows, there should be zero to minimal impact. If the lock does not reopen as planned, or if traffic through the lock causes significant delays, some or all of the final three days’ sightseeing may be motorcoach-based with associated hotel stays.

The Blue Danube – June 13: This itinerary is operating with changes to sailing times/duration, with added motorcoaching; most sightseeing preserved. Guests are being kept informed of all changes by our riverboat staff.
Rhine and Moselle – June 7: High water levels on the Moselle River prompted us to eliminate our scheduled sailing days along the river (Days 7-9). All regularly included sightseeing on Days 7-9 was still offered, however, via daily motorcoach transport.

June 13, 20, 27 – Ultimate Alps and Dolomites – No sightseeing modifications at this time

June 1, 15, 29 – Romantic Germany – No sightseeing modifications at this time

June 8 – Warsaw, Budapest, Vienna, and Prague – Minor sightseeing modification at this time – guests could not walk on the Charles Bridge

June 9, 19, 30 – Imperial Europe: Budapest, Vienna and Prague – Possible sightseeing modifications in Cesky Krumlov. We are in contact with our suppliers in the area and are waiting for an update.

June 16 – Alpine Adventure – No sightseeing modifications at this time

Warsaw, Budapest, Vienna, and Prague – Jewish Heritage Journey:
June 12 – Visit to Theresienstadt on Day 12 has been canceled, roads are flooded, and museums are closed. We have arranged an architectural tour of Prague and lunch in local restaurant
June 26 – Operating as published


We continue to monitor affected areas and are providing updates as conditions evolve and new information becomes available to us. We are committed to delivering the best travel experience possible, and as always, our guests’ security, safety and enjoyment are our utmost concerns.