Re: Which and when Italy

BKMD
9:32AM
My reply is a general observation...

The history and evidence don't quite support your analysis.

In the case of Egypt, so far the evidence points to mostly paid workers building the pyramids, not slaves, or forced labor. Civilizations back then always had slaves from peoples they conquered. It wasn't right, but that is the way it was. Most workers came from the countryside, which was larger then, when farmers could not til their fields due to the annual flooding of the Nile. Entire neighborhoods (cities?) were built to house them, e.g. Deir Al Medina in Luxor and the recently discovered housing area just south of the Sphinx in Giza. There is almost no evidence that these laborers and skilled workmen were mistreated or taken advantage of, contrary to what is seen in some old book illustrations (but none in hieroglyphics) or movies like the 10 Commandments. There is evidence of hard labor, but not a single whip has been discovered nor evidence of large scale physical abuse (which would be evident on mummy skeletons.)

As to churches and cathedrals built during the Rennaissance, the story is similar, but w/o slaves. While it required large amounts of unskilled labor, it also required a large number of very highly skilled stone masons, sculptors, artists, glaziers, etc., etc. These people were paid and often paid very well. There was significant competition amongst the big names to land a commission. There was also stiff competition to get an apprenticeship in the studios of Michelangelo and the other masters of that era. I suggest you read some of the books by Ross King such as "Brunelleschi's Dome", the "Pope's Ceiling," etc.

The money to build these grand churches and cathedrals, didn't come from the workers nor from taxes. The Medici family which amassed a large amount of wealth, starting with Cosimo the Elder who created one of Europe's largest banks and modernized banking, funded the Duomo, baptistry and its famous doors, in Florence, and the Sistine Chapel and St. Peter’s Basilica in Rome. But, a significant amount of resources and most of the management of the construction also came from the guilds, especially the wool guild which was the richest and was responsible for the Florence Duomo. While there were arguably some "bad" Medicis, the family also supplied Pope's, nobility, artists, and art patrons. Lorenzo Medici earned the love of Florentine citizens by doing acts such as freeing and clothing galley slaves. You can argue all day about how they gained their wealth, but how different is this from the Rockefellers, Carnegie, Bill Gates, and the other major philanthropists. Even the Vanderbilts built an entire town for the workers for the construction of the 'Biltmore' in Asheville. While many of them took advantage of the tax system at the time (mostly legally) and some pulled off political shenanigans, they didn't "divert resources" from the people. In fact, through their many projects and businesses they contributed to the economy and employment. The same can't be said of the Antebellum South.

No I'm not the queen and it's not my site. Lots of people here - including me - willing to volunteer their time to help fellow travelers.

Often people will try to contact fellow travelers before their tour. I've seldom seen it happen as most don't bother with the forum or only check it sporadically so it can take a few days to get an answer.

We do occasionally get people who try to use the site for non-legit reasons. Either selling something, using it to freely advertise something else, etc. The posts will sound somewhat legit and will often start or answer several threads within a short space of time.

We also get people who believe incorrectly that the forum is a way to communicate with Tauck. It isn't. There is very little forum administration by Tauck and certainly no one from customer service is monitoring questions or comments.

Wishing you the very best for your upcoming tour. 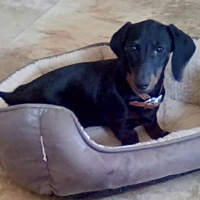 A Practical Guide for Petra to the Pyramids in January

A Practical guide to Petra to the Pyramids tour in January

What a great experience - this tour is very active and intense - and just amazing.

Clothes
In Jordan I wore long sleeved t-shirts, a vest and a hoodie most of the time - added a windbreaker for Petra and gloves and a hat. Jordan was cold. The Beduin dinner was super fun but also super cold - wear your long johns!

Egypt is warmer - I wore t-shirts and a light hoodie. Good walking shoes are essential on this tour - bonus points and saved time for you if they come off easily in the airport security.

Hotels
Great hotels here - the sprawling Kempinski is just amazing. Movenpick not as nice but amazing location. The Old Cataract is spectacular - probably the best hotel and view I have ever stayed at in 7 Tauck tours. I advise opting for the tours that stay in Aswan at Old Cataract for two nights. The Oberoi Zahra was lovely but has ridiculous cabin locks. The Mena House is nice, dated but amazing location. The food was great at all and the shower controls were sometimes harder to figure out than I wanted.

Flights and Security
Lots of flights - lots of security - so much patting down. Each flight in Egypt you go through security twice. Leaving Jordan they are concerned with “military equipment” and drugs - so leave your binoculars home. They want luggage unlocked for that flight from Jordan for easy searching. The charters were nice - Egyptair was not bad. Our guide in Jordan had a saying - “Got time to spare? Fly Egyptair!” Each hotel has security, the museum in Cairo has security coming and going.

What to bring
I had a lightweight backpack that I carried on day trips to peel layers into and carry water. Egypt is super dry and it’s lovely how Tauck supplies the bottled water. Take chapstick and lotion. Carry tissues with you and hand sanitizer. I have a phone lanyard that I got on Amazon to hang my phone around my neck - it’s my camera. I took along about $100 worth of Jordanian Dinar and Egypt pounds. I used most of the JD, not even half the EP.

Dina was our TD and honestly, she is the best TD I have ever had. She not only took care of all details well, and prepared us well, but she did it with LOVE. I would travel again with her anytime! 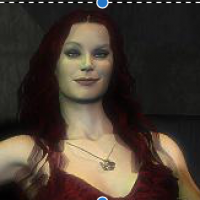 Re: Review of the Yuletide Spirit

We arrived in Amsterdam early for Yuletide Spirit and at the top of our things to do was a Rijsttafel (rice table) at Sampurna Indonesian Restaurant (which was on the Tauck recommendations which we received after our meal!). It consisted of a myriad of small dishes (more than 15 by our count) so if you don't like one, there are many others to choose from. Table management is a challenge. 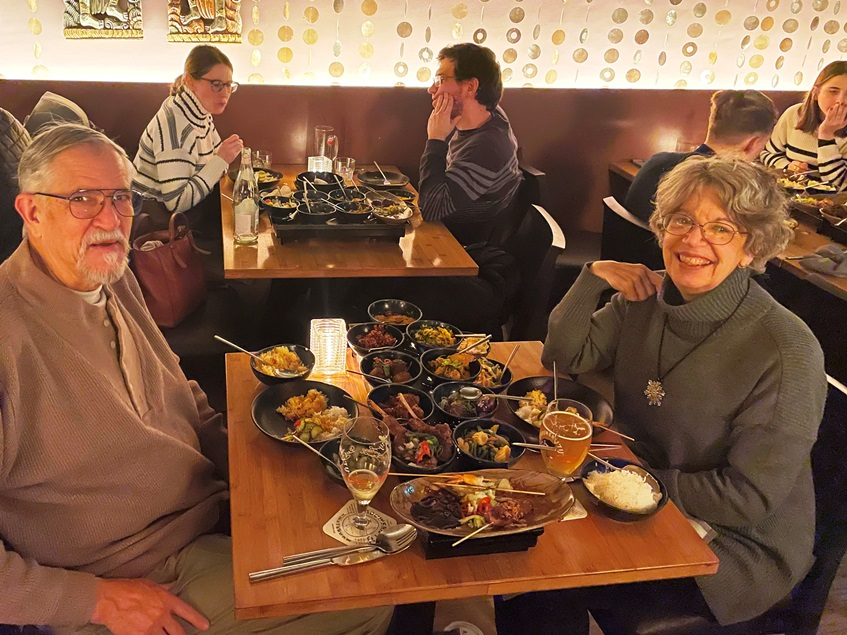 If you have time in Madrid see a bullfight. You can get tickets on line ahead of time if there are events when you go. I went a few years back, only stayed fro a couple of fights. It is brutal, but the tradition and pageantry are something to experience.

Killing animals for entertainment is not something I want to see or participate in. 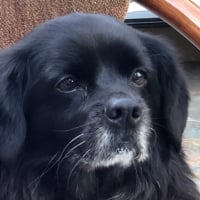 Actually, there are three bar / restaurants with a view of the Duomo on the top floor of the Rinascente store. Also, some food court style eateries with no view. Our favorite was Obicà Mozzarella Bar - Duomo. It has pizza, pasta, salads and other light meals. There is an elevator at the west entrance (Via S. Raffaele) that will take you straight to the top floor. At the north end of Via S. Raffaele there is a unique gelato shop and chocolate shop called Cioccolatitaliani. It has gourmet cones with small cones of melted chocolate inserted in them. Yum! 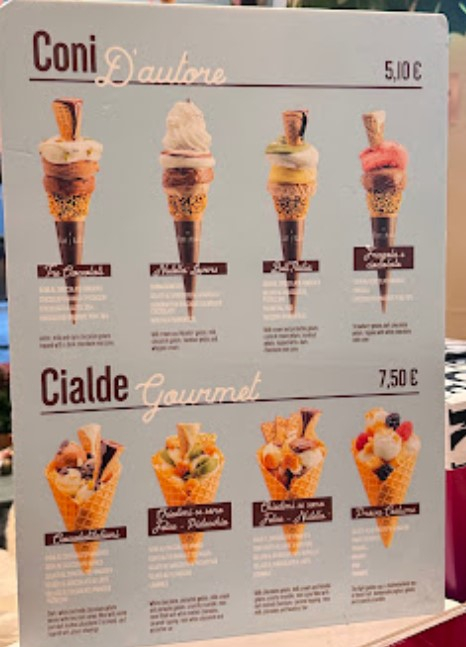 JohnS - my father would always wear his Red Sox "B" hat everywhere he went. It would be a great conversation starter for him to talk about Boston sports teams which he loved in all the places we traveled. His Patriot sweatshirts and t-shirts would also get people talking to him. :-) 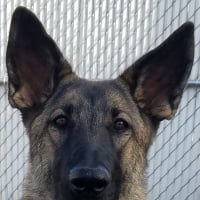 CarolP, in our European tour in September, 8 of 22 ultimately got Covid. The first ill person declined to mask. We got sick on departure day and did not feel well enough to travel. Covid hit us more like the flu than a cold. We chose to isolate in our European city for 5 days prior to returning home. On the plane lots of people were coughing. We missed a second tour due to our illness. We just did not have the heart to join an even smaller tour knowing we had Covid, even if we felt up to it. We had two travel insurance policies that ultimately paid up our expenses. We got official Covid testing at a clinic near the hotel, and arranged for telephone appointments with our home doctors to document our illness for insurance purposes.
This was actually the first time that my husband and I got any type of illness while traveling, and it was our 8th Tauck tour.

My personal opinion is that I am no longer afraid of dying of Covid and plan to continue to travel. But being sick with anything while on a trip is not fun. It was annoying and inconvenient at best. It took 3 weeks before I totally felt well and got my exercise tolerance back up. My husband did better. We also did not qualify for Paxlovid in Europe, despite being older.

I would consider it common courtesy to put on a mask whenever possible if you are sick, especially in an enclosed space. I find it remarkable that Tauck and other touring companies say nothing about this, especially for Covid where droplet particles can linger in the air, and it is so contagious. It is one thing to be sick while at home, but a lot different to be sick while travelling.

The greatest thing for us about Tauck is all the intelligent, interesting people we meet! I enjoy learning new viewpoints from people all across the country. It is so great to get to know you all! We have met some of our dearest friends on Tauck trips.

But just as I trust my fellow group travelers to be at the bus on time every day, I also would really appreciate it if you wore a mask indoors if you are sick. A mask in the airport and on the plane until take off would probably also help. I know it is your vacation too, and it is up to me to protect myself, and I certainly will. But please think about it.

I disagree with Ken from Vegas. No logo anything please! I don't wear anything with logos apparent!

I laughed when I read the comments about logos. My husband has always refused to wear anything with a logo insisting that he is not about to be a free billboard for any company.

I never buy clothing for the logo. Those items I've purchased with a logo were bought despite the logo, not because of it. However, if some business (particularly one I admire, like Tauck) wants to give me clothing with their logo, I'm happy to wear it. I guess I should get a t-shirt made that says, "This space for rent."