Thoughts on Cruising the Great Lakes 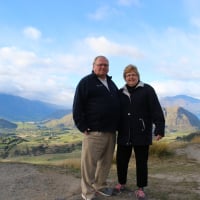 cvc
October 2019 in Cruising the Great Lakes: Chicago to Toronto

We recently returned from Cruising the Great Lakes: Chicago to Toronto. It was the first time Tauck offered this tour so we knew there would be some aspects of the trip that would need to be fine-tuned but there were other parts that ran very well.

Trip highlights for us were Mackinac Island, Detroit (though too short) and Niagara Falls. On Mackinac Island, we took the carriage ride, explored Fort Mackinac and had some time to wander the streets. Lunch at the Grand Hotel was excellent, but very crowded. In Detroit, we visited the Henry Ford Museum – it was an incredible museum and we could have spent much more time here but had to be back on the ship for lunch. At Niagara Falls, we rode on the boat near the falls and felt the spray from the falls – quite an experience!

For me, Traverse City was a disappointment. Everyone went to the same places, although the sequencing was different. We began by going to the Sleeping Bear Dunes – it was a long bus ride and we were only out of the bus for about 20 minutes. The local guide talked a lot about what we didn’t have time to see. We then went to the Music House Museum where we heard a presentation. We were near the back and could see little of what was being talked about - smaller groups might have helped. After lunch, we visited a winery. We were all at the winery at the same time, but there were stations for the tour/tasting and that worked well - it was the best part of the day.

Ideally, there might be an additional port of call on Lake Erie. Of the three (consecutive) days we spent on Lake Huron, Lake Erie and the Welland Canal, we were only off the ship for that half day in Detroit. Having said that, we enjoyed our time on the Welland Canal - traveling the canal and going through the locks was very interesting.

Overall, we enjoyed our trip. I like not having to pack/unpack so often when on a cruise, but the larger number of guests presents some challenges and makes it harder to get to know fellow travelers. There were five tour directors for about 160 guests. We were mostly with the same tour director, though this sometimes varied depending on the excursion we chose. Per usual, tour directors were excellent. We were asked to fill out an additional survey beyond the usual “hope and trust” form. I suspect there will be some changes that will strengthen the trip design for future guests to make it an even better trip.