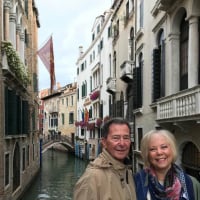 We are taking our first river cruise, The Blue Danube in September and certain that we will enjoy it. We are currently in the process of researching and preparing to book a Rhine cruise for 2020. The difficult decision has been narrowed down to The Rhine, Swiss Alps and Amsterdam OR The Rhine and Moselle. We would appreciate input from anyone who has been on either or both. Thanks in advance.