Look who is at Petra!

I don't think she will object if I post this, but joycesw just checked in. Since the Tauck Jordan & Egypt tour doesn't start until January she is obviously traveling with another outfit which will remain unidentified, but hopefully she will have some great info to pass along that will be useful to those of us traveling with Tauck in 2020 on their Jordan & Egypt; Petra to the Pyramids.

For those of you who don't recognize the structure behind her, Joyce is standing in front of Ad Deir (the Monastery) in Petra (it looks similar but is quite a bit larger than the "Treasury" at the end of the Siq. I don't know if she covered the 800 steps by foot or by riding a donkey and have no other details.

I don't know about anyone else, but I'm excited!!! 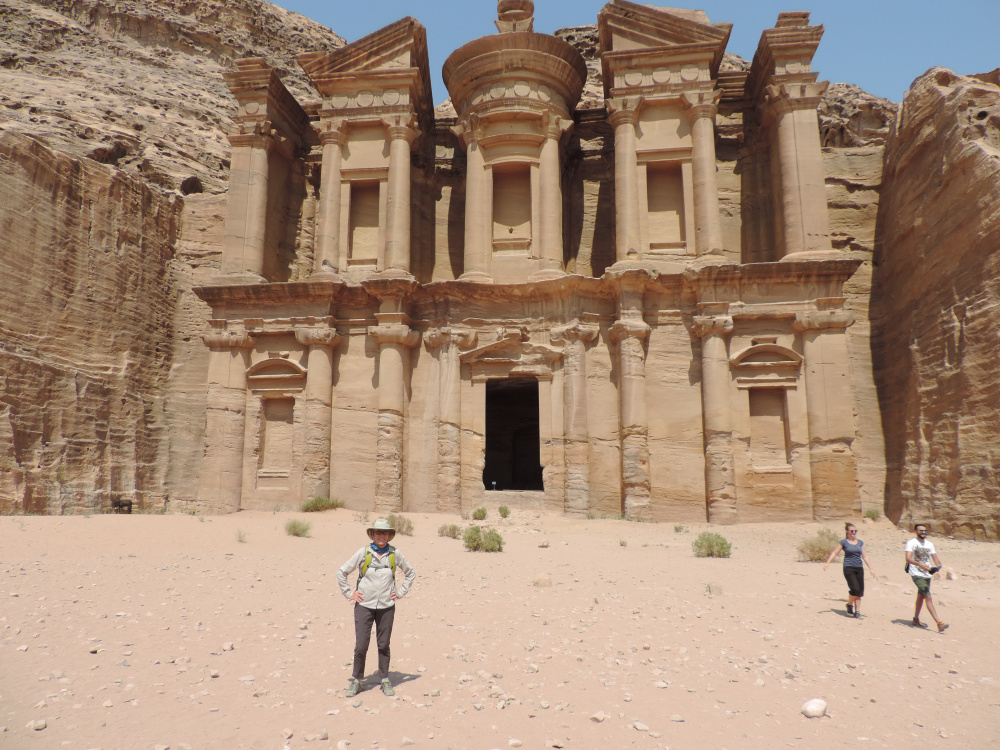 UPDATE. I just received another email- Joyce said her first photo "doesn’t effectively show the immensity of the structure." After seeing her latest one below, l must agree- the Monastery is immense! One lady rode a horse, but Joyce and the four others in her group all made the walk/climb on foot, no donkeys or horses. She did admit, "I have to be honest, it was a hell of a haul, and they didn’t stop often enough for me. Once I reached the site, I was too bushed to go higher for that shot looking down through the rocks... " Of course she also said, "One of our merry band had a cane due to foot surgery that hadn’t healed properly. She was a trooper."

Joyce is off to Cairo. 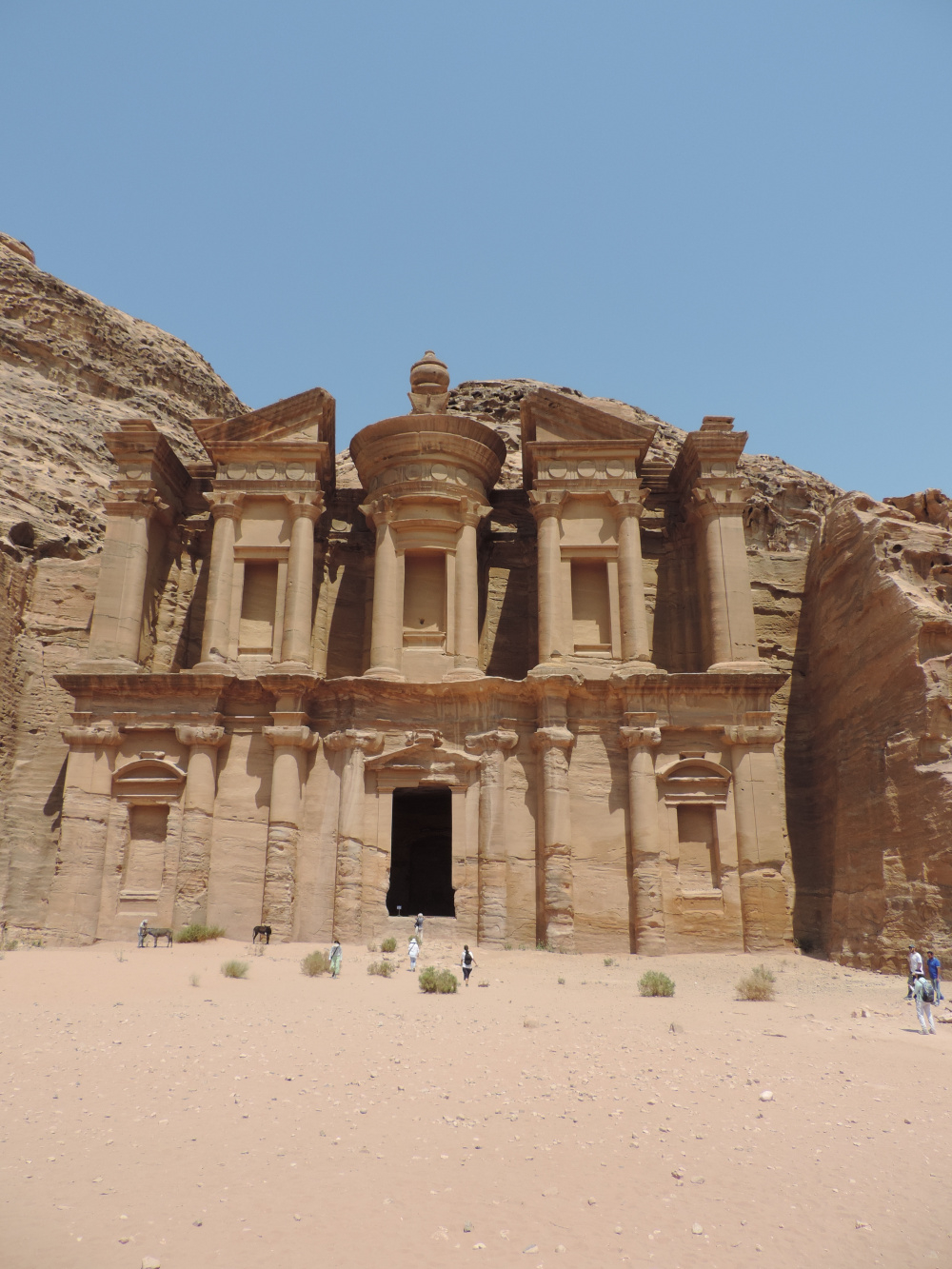