Impressions of Cruising the Great Lakes - Toronto to Chicago...PART ONE 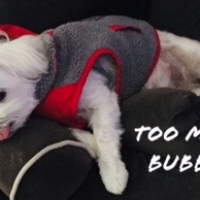 PREFACE
For those who have read some of my posts, you know I am a loyal Tauck customer and have been for many years. This was our first experience on a small ship cruise. I will do my best to state the facts as experienced and will try to keep my opinions until the end.

FLIGHTS
All on time and no issues with luggage. From Dallas to Toronto the pilot announced that the Canadian Government required masks on all flights entering Canada. This requirement was subsequently lifted 01 Oct. One individual took issue with that, stood up and announced we were on U.S. soil and he was not going to comply. Fortunately, the pilot had no tolerance with this man and told him he would be more than happy to reopen the door and have the man escorted off. Much muttering and cursing, but the man sat down and put a mask on.

HOTELS
Guests were offered stays at either Fairmont or Four Seasons. The latter was considered an upgrade with an additional charge required. Eighty eight (88) guests stayed at Fairmont; sixty (60), including my husband and I, stayed at the Four Seasons. Our rooms in both Toronto and Chicago were large, lovely and offered great views.

THE SHIP
We sailed on Ponant's Le Bellot. All guests were Tauck guests...148 total. I believe the ship's capacity is 184. Even when booking very early, I was unable to secure the cabin size I wanted. I knew our cabin would be small but was not expecting it to be tiny.

The toilet area was exactly like what is found on an airplane with the additional feature of having to step up into it. Next to it, and with its own compartment, was the sink area. Yet another step up was required. The space between the bed and built-in dresser was perhaps a foot, perhaps a little wider. A small table and small, curved seat attached to the wall completed the cabin. There was more than ample storage space.

There was a small lounge area on our deck (six) with very nice panoramic views. The bar was open about one hour daily. The larger lounge with alternate outdoor dining was located on deck three. This bar had more hours of operation than the smaller one. The theatre, restaurant and infirmary were also housed on this deck.

STAFF
There were five tour directors, one of whom we had the pleasure of being with on two prior tours. We were assigned to a lovely woman from Nova Scotia who quickly became a friend. The ship's management were all French and the crew were, I believe, all Filipino.

There was little, if any, interaction between Tauck and the French. More on that will follow.

CUISINE
Breakfast consisted of the usual buffet or limited items could be ordered from a menu. The fruit had an unusual texture to it. Another guest thought it may have been frozen then defrosted. The yoghurt was the American kind...full of sugar. The porridge was watery with a few whole grains floating in it.

The soups for lunch and dinner were always delicious. The buffet salads were adequate. We typically ordered two appetizers for dinner and no main course. I enjoyed the appetizers, and one evening I was pleasantly surprised at how nice my little fillet was.

DAILY LIFE ON-BOARD AND EXCURSIONS
I've been to Niagara Falls as a teenager and was just as excited to visit it again. The town of Niagara-on-the-Lake was equally enjoyable.

The itinerary was planned with two all-day sailings; one was traversing the Welland Canal and the other was a day on Lake Huron. The Welland Canal cuts through Lakes Ontario and Erie and takes eleven (11) hours. My husband was quite content to sit in the small lounge and enjoy the locks.

Afternoon appetizers were served daily in the larger lounge and always consisted of dried bread slathered with mayonnaise with shredded carrots and cucumbers or salami and cheese. The theatre was used every late afternoon for the next day's briefing. No lectures were offered on the Great Lakes. There was one lecture on the difference between the French and French Canadians and how they don't care for each other.

The Detroit excursion consisted of driving through the blighted areas. There was a photo stop at the house/studio where the great Motown singers/groups recorded their songs. I was excited when we passed one of the original White Castle hamburger establishments.

The lake was quite rough the morning we visited Mackinac Island. As we were being loaded into the tender, it started to rain. I had never been in a tender before and did not like the experience, especially since the two side plastic window flaps were left open allowing the rain to come in and drench us. Nonetheless, we enjoyed the horse-drawn carriage ride through the no-cars-allowed quaint town. The rain had turned to a light shower, so it was not too bad. Lunch at the Grand Hotel was nice, with the large, cold shrimp, oysters and mussels being delicious. The ride back in the tender was easier to handle.

Never were we greeted back on ship with an offering of hot hand towels.

The day we were supposed to dock for a trip to Holland, MI, the sky became dark and the lake had white caps. I was speaking with our assigned tour director when the captain announced on the loud speaker that it was too treacherous to dock and for the safety of all, he would be sailing to Milwaukee. This came as a complete surprise to her and she quickly left to convene with her peers. We were instructed to go to the theatre for a briefing. An animated discussion ensued between Tauck and the French, and eventually the captain explained his decision. It was simply too dangerous to attempt to enter the narrow channel to dock.

While most of the guests understood, a few became quite vocal and demanded to know how much Tauck was going to reimburse them.

I WILL START A PART TWO THREAD AT THIS POINT.