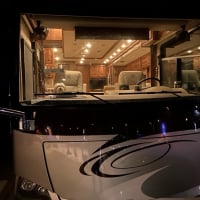 ndvb
September 2014 in Wonderland: Yellowstone in Winter
Just checking in to see if anyone scheduled for this trip is looking at the Travel Forum. It is still 3.5 months away but it is nice to see who will be with me. I have been to Yellowstone at least a dozen times, but never in winter. I have a couple of friends who have been there at that time (on their own; not with Tauck) and they say, "You've never been to Yellowstone unless you have been in winter." I figured I'd see if they are right.

I will be traveling solo. I did the African Safari to Kenya and Tanzania solo and had a wonderful time. I met some magnificent people there. They, combined with a great itinerary, made the trip special.

I am eager to talk to anyone who is going on this trip.

I am following this one with the Antarctica trip (I'll drop another note for that one).