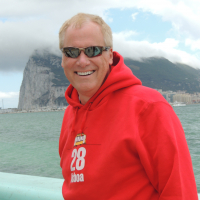 Smiling Sam
May 27 in Europe

Well not really, but the old MAD magazine cartoon was fun.

What I really would like input on is hearing if there is anyone out there that has taken BOTH the a) Warsaw, Budapest, Vienna, & Prague tour and the b) Northern Spain, The Rioja Valley and Madrid tours ( asking this was too long for the Discussion Title, hence the Spy vs Spy decision ). If so, could you comment on if you clearly preferred one over the other and why. I'm sure both were great but I thought I'd ask.

We've seen some aspects of both tours. We've seen Vienna and Krakow from the a) tour and we've seen Madrid from the b) tour.

If you haven't taken both tours, but have seen enough of the visited locales of both tours a) and b), then I'd appreciate your feedback as well.

These are two fill-in candidates for next year as things have fallen apart this year.