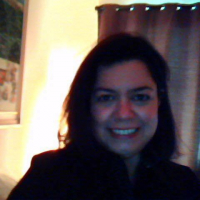 mil
June 2018 in Kenya & Tanzania
Hello.
Now the moment of truth.. the question that nobody wants to ask... the subject no one mentions...
How are we (ladies) going to deal with the infamous bathroom stops?
It's bad enough that you need to let the driver and the rest of the fellows know... that you need to check the spare tire
Or check The open back door, to empty out the bucket and last to water the bush etc...

What do the experts recommend?
Today , I heard the ultimate: wear Diapers!
Diapers! This sounds gross , but maybe is not a bad idea... although , I would not want to walk like a pingüin ..

)
But when you think that the animals are the last thing to worry about .. but worst! The jungle of tourist in their jeeps all with binoculars and behind you.... Oh gosh!
Should I really consider the diapers? What Brand? Do the come in earth colors?