There was discussion recently on multi-way chargers/adaptors. I bought the one that Alan S put a photo of on the forum. This is it’s first outing and it has performed well, charging as many as four things at a time. I think we like it better than our old ‘Monster’ brand charger. This one has a much longer cord and I think it’s lighter and easier to pack. We did not find any of the negatives mentioned on reviews 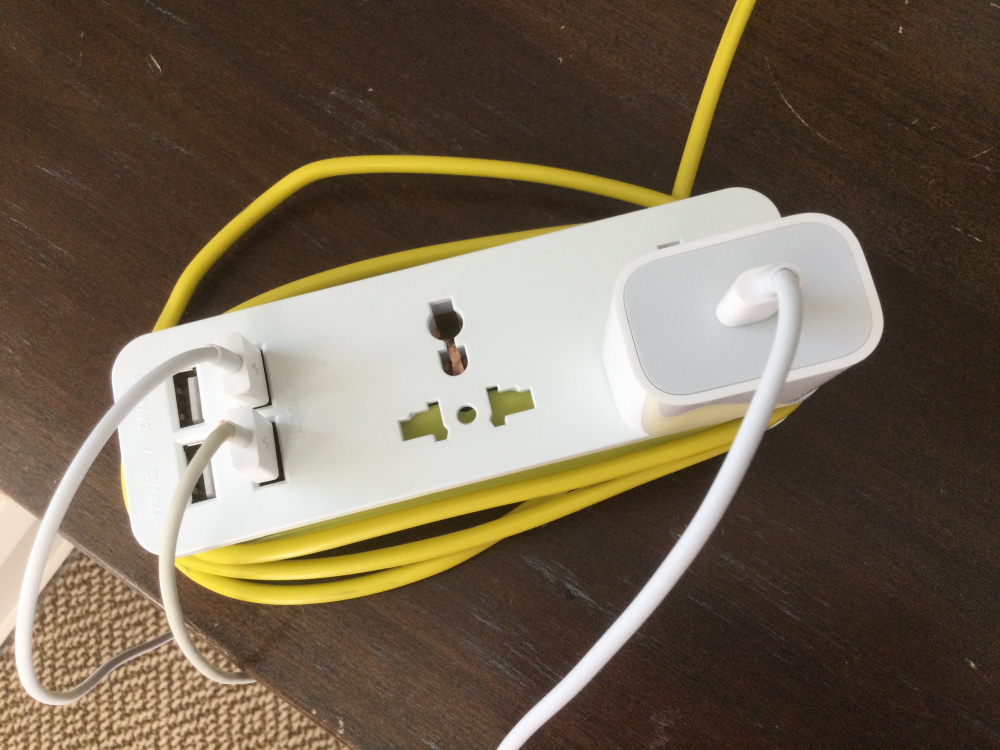